Josh worked in the Executive Office for Immigration Review’s immigration courts, Board of Immigration Appeals, and front office for nearly a decade before moving to private practice in 2018. He brings an extensive knowledge of agency decision-making practices and substantive law and applies his civil litigation and appellate advocacy skills to solving complex immigration matters. 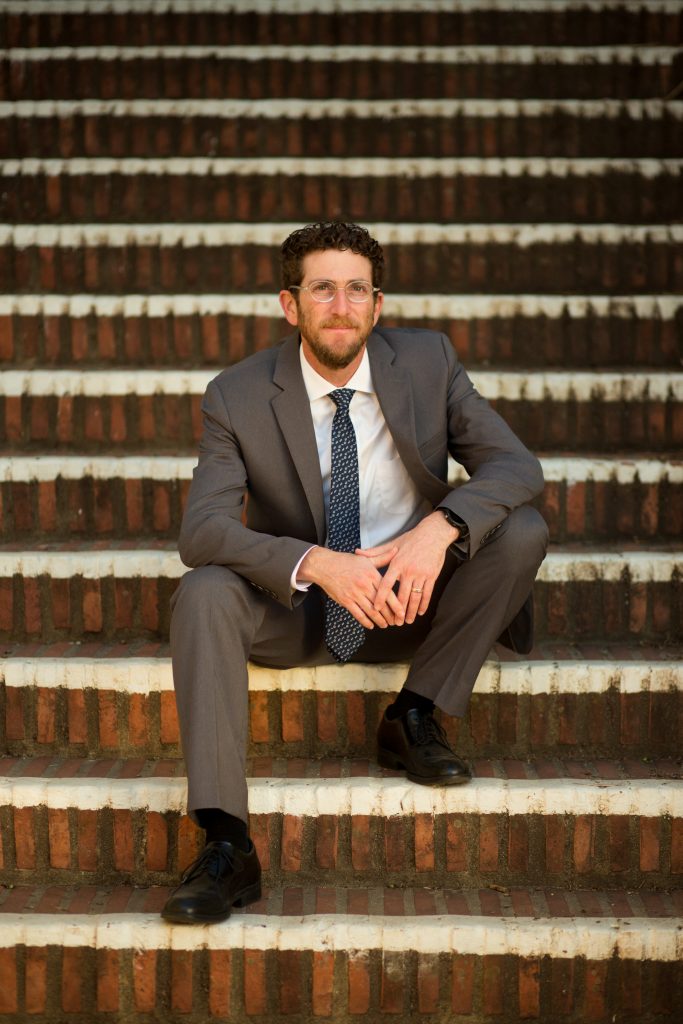 Throughout his career, Josh has worked diligently to advance justice both in and out of government service.

Drawing on his layered immigration and litigation expertise, Joshua A. Altman represents Altman Immigration Law, PC’s clients in litigation and appellate matters. He focuses his practice on complex administrative appeals and motions, federal court actions, and federal appellate review. He also provides technical assistance to attorneys and serves as appellate counsel at trial.

Throughout his career, Josh has worked diligently to advance justice both in and out of government service. After becoming an attorney, Josh joined the Department of Justice, Executive Office for Immigration Review (EOIR). This federal agency houses both the Immigration Courts and the Board of Immigration Appeals. He first clerked locally, for the immigration judges at the Immigration Court in San Diego. Next, he moved to the agency’s headquarters near Washington, DC, where he wrote decisions for the Board of Immigration Appeals and worked on policy and litigation in the agency’s Office of the General Counsel and Office of the Director. After almost 10 years of government service, Josh left to practice civil litigation in Orange County.

During his service at the Immigration Court and at the Board, Josh drafted decisions addressing issues including custody and parole, visa eligibility, treatment of vulnerable populations, removability, various forms of relief and protection from removal, and motions addressing each of the same. In particular, he cultivated expertise on cases within the jurisdiction of the United States Court of Appeals for the Ninth Circuit, the federal appellate court overseeing many western states, including California. Within EOIR’s Office of the General Counsel and front office, he advised on issues related to comprehensive immigration reform; vulnerable populations; Congressional testimony, inquiries, and reports; disclosures under the Freedom of Information Act and the Privacy Act; regulations and forms; interagency planning; and litigation. In his civil practice, Josh litigated on behalf of his clients about a wide array of state practice areas, including charitable solicitations law, employment law, and juvenile delinquency. He then spent two years serving as the senior attorney at Jacobs & Schlesinger LLP, a highly regarded full services immigration law firm in San Diego.

Josh is a member of the State Bar of California. He is admitted to practice before several federal courts, including the United States District Courts for the Southern and Central Districts of California and the District of Columbia, and the United States Court of Appeals for the Ninth Circuit. Josh is also a member of the American Immigration Lawyers Association, the Federal Bar Association, the Louis M. Welsh Inn of Court, and ProVisors.

Call or write us today

to set up a consultation to discuss your case

This Term: DACA Survives but Apodaca Does Not

Disclaimer: This site’s information is not formal legal advice and forms no lawyer or attorney client relationship. Nor do any results, testimonials, or endorsements represent a guarantee, warranty, or prediction regarding the outcome of your legal matter. Please contact Altman Immigration Law, PC, for a consultation to discuss your case. This site is not intended to solicit clients for matters outside California.

Giving our clients a fighting chance at self-determination.